"It's a Wonderful Job." Work Where Dreams Come True... 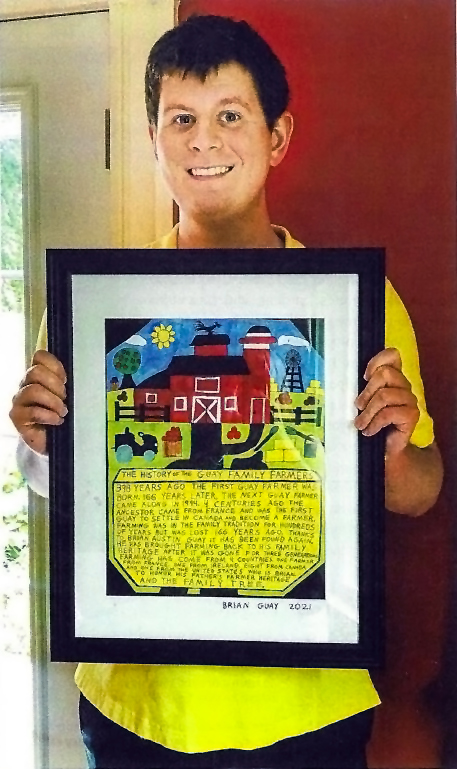 Brian Guay is 27 years old. He moved to Bedford when he was 2. He is a son, brother, cousin, nephew, friend, advocate, and a dedicated employee holding down not one but three jobs. He is also a farmer and an artist, and when he was 3, he was diagnosed with autism.

When he's not working at the Blue Berry Goat Farm in Bedford, or the horse farm in Lincoln, or HomeGoods in Waltham, you will find him creating his artwork. It takes Brian one to three hours for each picture-using brightly colored magic markers on a white paper background. He starts with an outline of his subject and then fills in each with his markers, adding subtle and unique features. At first glance, his pictures seem simplistic and basic, but take a closer look. In his infamous Pirate drawings, you'll notice some pirates wearing an earring or wearing a bandana on their head. Others have vests or might sport a goatee. Another has dreadlocks, and Captain Hook, of course, has ... a hook. Some shirts have buttons; others have stripes. There is perspective, too, with the pirates becoming gradually smaller from the front row to the back, and you'll detect a leg or a sword peeking through. And did you notice the blind pirate? Even he carries a sword. No limits for the disabled! It's that attention to detail that makes what seems so innocent so special. 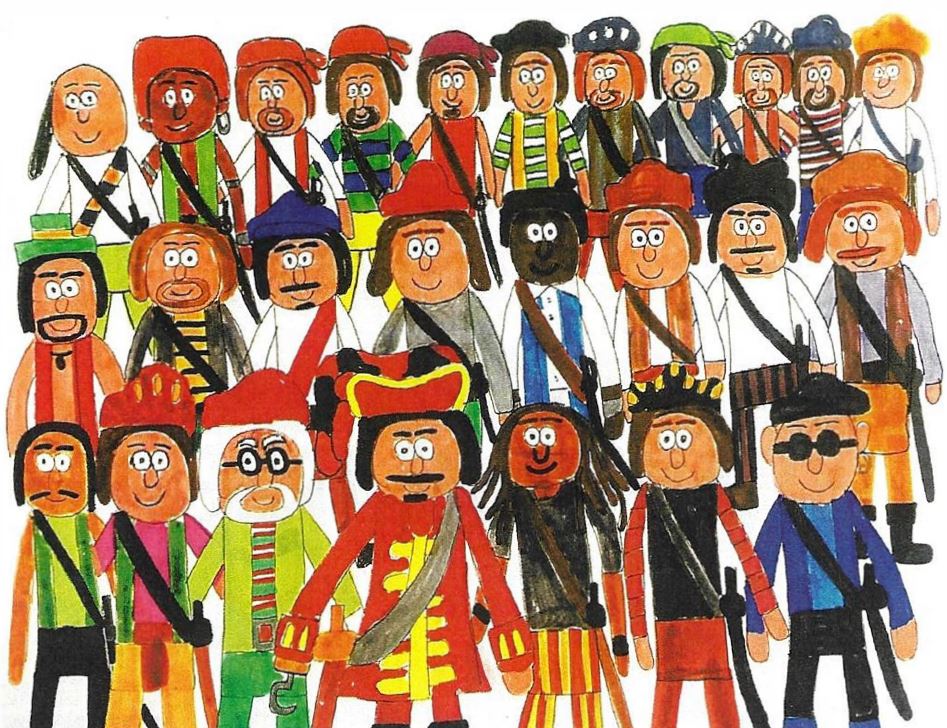 As much as Brian loves pirates, farms and farm animals are his passion. Brian's ancestors were both artists and farmers, and he has traced his farming ancestry back to 1622. He is working to save enough money to buy his own farm one day, as he wants to continue the Guay farming lineage where it left off in the late 1700s. Brian's farm, Patch of Heaven, will one day have horses, cows, pigs, goats, sheep, geese, and chickens. He'll grow vegetables and will also have food and dessert (a version of Bedford's own Chip-In Farm).

Just like his pirate pictures, his farm scenes are also filled with details. A rooster weathervane, a scarecrow protecting the corn crop, baskets of apples, a cow with an udder, a path that leads to the barn door for the animals, and the door for the humans. And note the flags of his family's heritage (USA, Canada, Ireland, and France) proudly blowing in the wind. 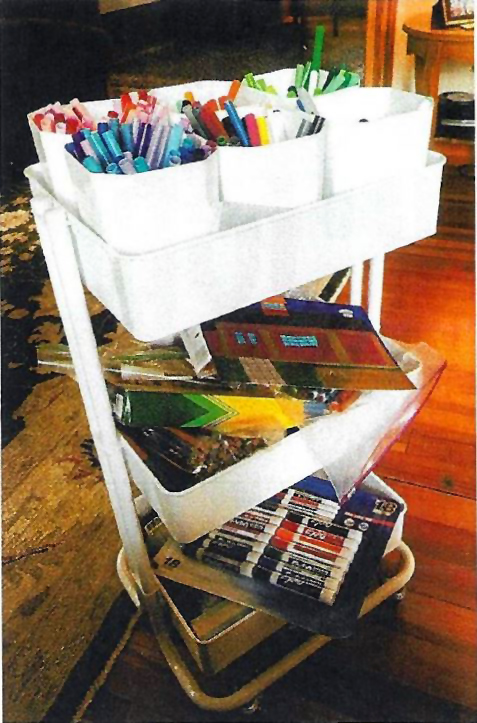 COVID was difficult for a lot of us, but for Brian, who thrives on a sched­ule, it was a not-so-small nightmare. His family helped channel his need for certainty and security with his art. Hundreds of pictures were created. If there was a surface, it had a pile of his work on it. For Christmas, his sister even gifted him a special tray on wheels featured on the Horne Edit to hold his tools of the trade so he could work anywhere in the house.

Brian began to draw around the age of 3 or 4. As a student in the LABBE Program at Bedford High School, Brian was able to take art classes in the high school and at Middlesex Community College, where his artwork was featured in an art show. He started making mugs for family and teachers, then special t-shirts and hats for family reunions. The Walt Disney Peter Pan movie inspired him to draw pirates. His artwork hangs at the State House, and MEFA/ABLE feature his work in their promotions.

Brian makes holiday cards, mugs, pictures of farm animals, pirates, gardens, and also takes many other requests. His work will soon be on display at local pop-up shops; so watch The Bedford Citizen for updates. To commission your own art­work—and to support Farmer Brian's dream­—contact him at Brianaustinguay@gmail.com.

In addition to working and creating art, Brian rows two nights a week at Community Rowing in Boston and works out at Club 600 in Bedford. He also enjoys telling his story to others. He has testified at the State House and speaks to the media about how important it is for people with disabilities to be able to save money and pursue their dreams.

Learn about the organizations that help make our work possible.